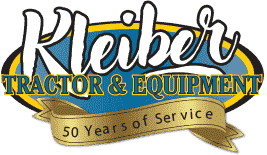 Serving the area since 1970

Since our first patented front-folding corner auger cart was introduced in the late 1980s, we’ve been designing and building
innovative grain carts that help farmers maximize their operating efficiency. The X-Tended Reach Series of grain carts continues
this trend, having recently been awarded another U.S. patent for its unique auger design. The 12 Series X-Tended Reach design
continues to offer the operator 100% visibility during unloading AND equally important 100% visibility during the folding sequence.
But the rigid upper auger has been X-Tended for even greater outward, upward and forward reach, all while folding diagonally along
the front of the cart for compact storage.

The 22 Series X-Tended Reach grain carts offer the same maximum upward, outward and forward auger reach as the 12 Series, but also includes J&M’s patented Leaner tank design. The low side of the grain cart features a bolt-on tank design that extends toward the combine auger for additional two feet, giving both the combine and grain cart operators more room to navigate in the field without overlap. Your combine auger just gained two feet of side reach, making harvesting easier, especially with wider heads.

Let us help you get moving.